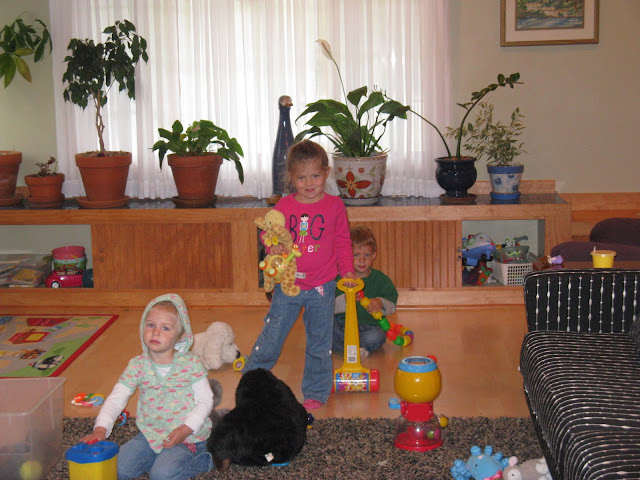 This morning the kids were playing together so well that it made this Grammy happy! I think the kids played together 4 hours without whining, crying or complaining! I'm praising at the risk of sounding proud because I can honestly say this doesn't happen every day and it sure seems like it was an extra measure of needed grace... 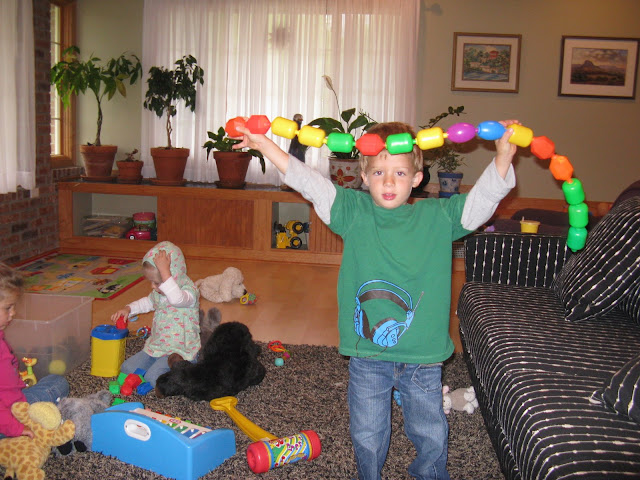 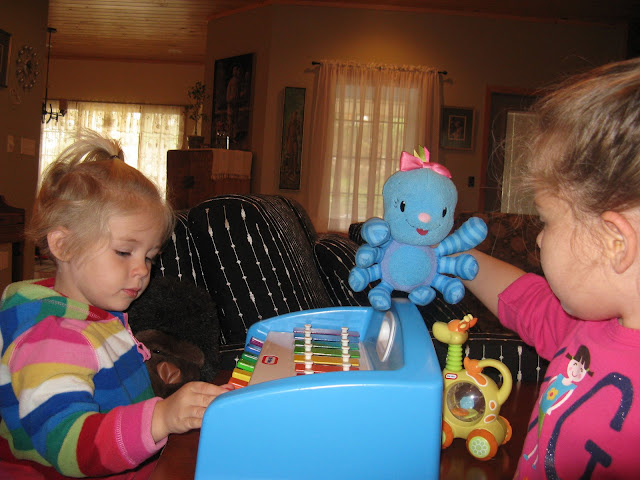 Marcail's Spider was dancing and singing with Naomi's piano playing. 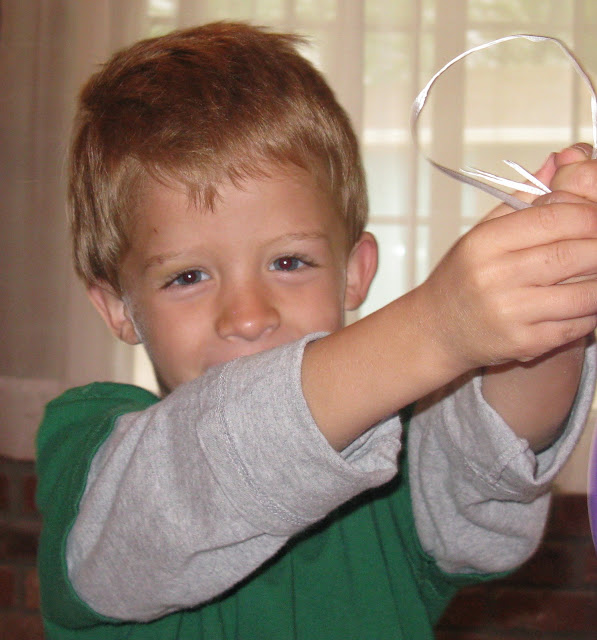 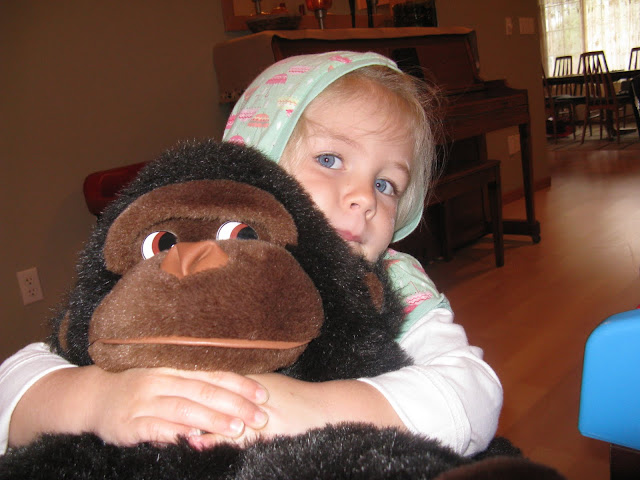 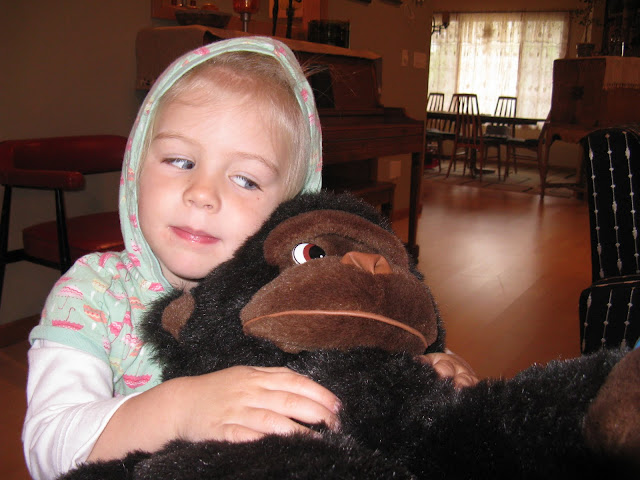 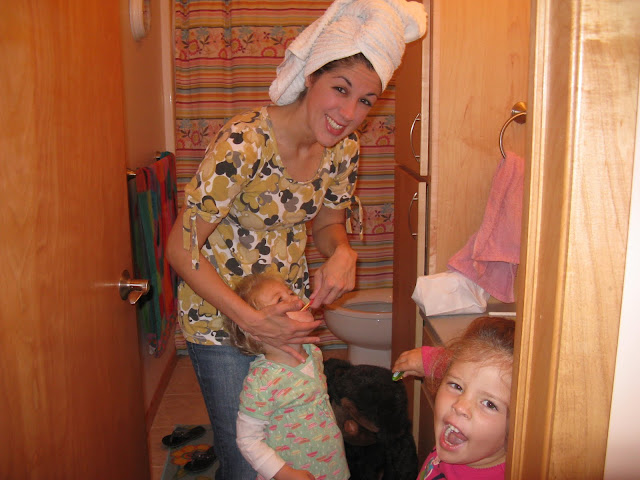 Tab was brushin teeth and takin names...
before the purse panic.
It was a blessing to have a peaceful morning because Tab and the kids had a play date with some friends and 5 minutes before leaving Tab realized her purse was missing!
TAB'S PURSE WAS MISSING!!!
Gone! Gone! Gone!
(Can I get a witness about the temptation to freak
about a missing purse?)
We looked everywhere high and low and in the most ridculous of places about 10 times each (which took an hour and 1/2 and much freaking out... and prayer) before Tab found it under a jacket in a reasonable enough, but overlooked and out of the ordinary place! After some whoops and shouts of praise to God and I dare say a few tears of relief, the kids picked up on the jubilation of something lost being found and being able to move on with plans!

Unknown said…
That is always a much needed blessing when the kids play so well together!

Zoianna said…
That's incredible! 4 hours? Definitely worth a praise and a blog post) Your lil darlins are so sute.
Saturday, April 17, 2010

Laurie said…
4 hours seems incredible, but to be sure, they were not unsupervised or "perfect" for 4 hours! They had some conflicts, but the morning wasn't full of whining and bickering like it can be some mornings which makes just 1hour seem like 4 hours!! I'm amazed at how those three can play so well together almost flawlessly playing off of each other's pretening games! I love it! But certainly, if one is "in a mood" the morning drags on!
Saturday, April 17, 2010

Seeing Through New Eyes said…
For some reason this blog made me emotional. . . .the joys of pretending in childhood and having someone to play with. . . the absolute joy of something lost being found. I wonder if it's because of what I've lost lately - and the hope that it will be found again. . . know what I mean?
Sunday, April 18, 2010

Laurie said…
Ruth-
I do know what you mean!
Oh to revel in childlike joy and of for the lost to be found!
Sunday, April 18, 2010

Rachelle said…
loved this post! It is so famaliar...my niece once lost her purse for 2 weeks, looked everywhere...then finally found it in her son's room. She set it down by the bed while putting him in the bed and it tipped over under the bed (she had already replaced her driver's license).
and I love-love kids playing well together. In our house getting-along is a priority. You should be proud, you are blessed!

on that note I have to brag a little:My girls went to 4H camp this past weekend where they were in separate groups; each group had to make a paper sack puppet of someone they admired. My girls made puppets of each other. This is the kind of stuff that makes a mama's heart happy. I thank God everyday for this kind of unmerited grace...believe you me I do not deserve such a gift.
Monday, April 19, 2010

TAB said…
It was a blessing (and I didn't even realize it at the time) how well they got along that morning! God is good!
Thursday, April 29, 2010

Popular posts from this blog

April 21, 2009
Are you familiar with the game? I hadn’t heard of it until several years ago when we were building a house on Main Street. It was the house we were going to live in for the rest of our lives and the house my Dad helped in so many ways including laying 2,600 sq. ft. of slate tile, but that’s another story. I was speaking of “Stink Pink”. When we were building Main Street house, a man named Bob was working with Mike and taught us the game. We put in some long hours and this was one of the pastimes as we worked! The rule is to give a hint that describes two rhyming words. If the words have one syllable, you say “It’s a “Stink Pink“. Two syllables- “Stinky Pinky” Three syllables- Stinkity Pinkity” and so on! An example of a “Stink Pink” is: A Large Feline. (A. Fat Cat) An example of a “Stinky Pinky” is: A Comic Cottontail. (A. Funny Bunny) A “Stinkity Pinkity” hint is: Okay, I’ve drawn a blank! Could someone come up with a three syllable “Stinkity Pinkity”? So you get the idea. The words…
18 comments
Read more

Men and a Cow


Carvings on a Shelf

February 11, 2011
Johnny and "Bubbles"
My little Mama My birth-giving Mama You go before me Braver frailty leading on And I wonder at being knit together in your womb At loving hands attending my helplessness And you laboring at leaving Laboring at dying Not knowing how because you have always lived Full and free My lovely Mama  I love you always

My Mama went to be with the Lord on February 9, 2011 She was able to be at home when she died. I am blessed to have been beside her with Mike and Dad at her passing and to have seen her trust her soul to the Lord.
Mary Geraldine 'Jerry' Beckman, loving wife, mother and grandmother, passed away Feb. 9, 2011, after a courageous battle with cancer. Jerry was surrounded by her family at the time of her passing. Jerry was born July 16, 1930, to Thomas W. and Mary Fike Ford in Benbush, West Virginia. Jerry graduated from Aurora High School and Morgantown Business School in West Virginia. Jerry married her childhood sweetheart, John H. Beckman. They shared their l…
6 comments
Read more